Why Study the Subject?

History is a fascinating subject. Every aspect of modern life has been influenced by what has come before and the two main topics of study at A Level highlight many of the key issues faced by governments and people in the past.

In the Russia element of the course there is the opportunity to investigate the creation of a dictatorship in the Soviet Union, by two of the most important people in modern history, Lenin and Stalin.

The Tudor section of the syllabus offers an exploration of the reigns and Henry VIII and Elizabeth I, along with several defining moments in British history such as the defeat of the Spanish Armada.

There is also a chance for each student to investigate a period of their own interest while completing the coursework module.

The revolutions of 1917, Lenin, Stalin’s victory in the leadership struggle.

The establishment of the Tudor dynasty by Henry VII, the reign of Henry VIII including the Reformation.

The dictatorship of Stalin, the USSR during WWII and its aftermath.

The Tudors 1547-1603: (Exam worth 40%)
The reign of boy king Edward VI. The part played by “Bloody” Mary in the mid-Tudor crisis. Elizabeth I – domestic and foreign developments.

Each year two students are selected to visit Poland as part of the Holocaust Educational Trust “Lessons from Auschwitz” programme. The students engage in seminars involving discussion with an actual survivor of the camp before participating in a guided tour of the Auschwitz site.

Upon their return they complete a project which can be used as credit towards a university degree. The History Department consistently achieves excellent results and offers an extensive support network for learning and progress. 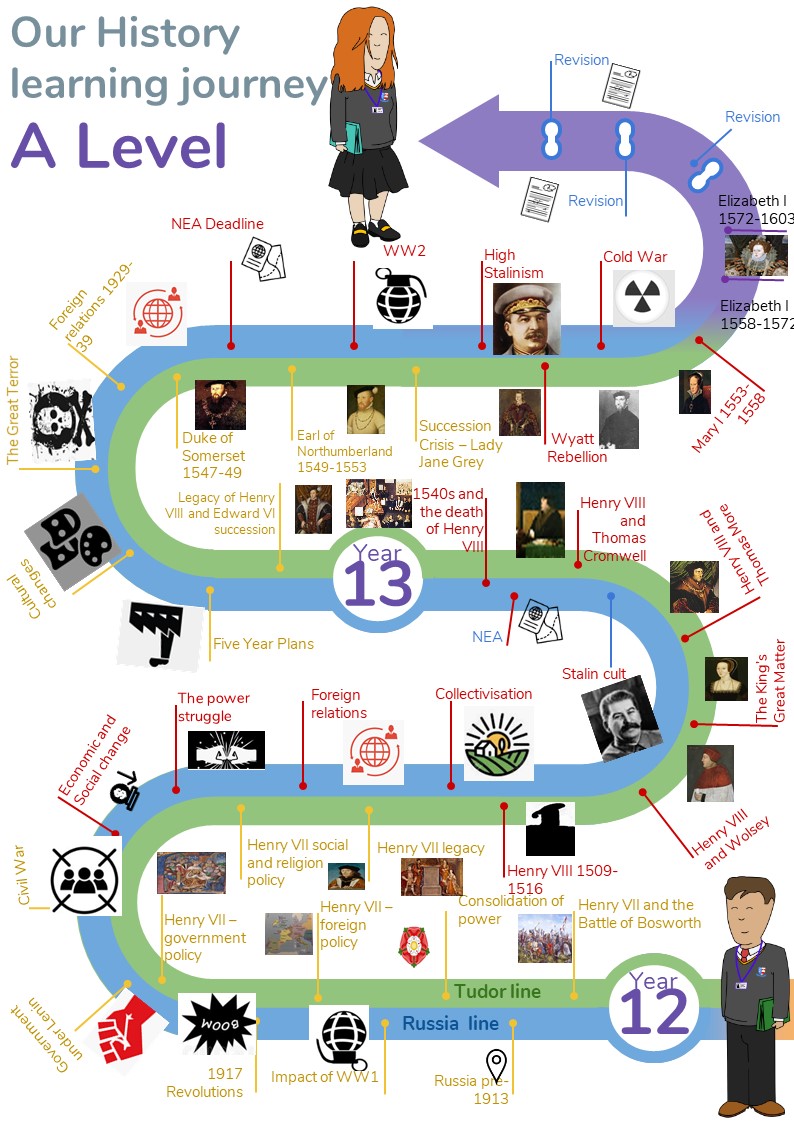