It has been a great year for the Year 7 St Joseph’s Boys Football Squad!

The highlight of the year was the run to the County Cup Final. St Joseph’s went into the first round of the County Cup in good spirits after winning a few league matches, the match was against Park View from Chester-Le-Street, but they were a goal down inside the first 30 seconds, luckily the team rallied back and we won the game 4-2.

In the next match just before Christmas the team played superb, beating St Roberts 6-0. The team then had a long bus ride down to Darlington to face Carmel in the Quarter Final, the boys outplayed the opposition winning the match 4-0, this led us to another away match down at Hartlepool against High Tunstall. The match was very tight, with St Joseph’s scoring to go 1-0 up and then High Tunstall equalised just before half time, the teams were equally matched which made it a very exiting second half, both goalkeepers were superb and there was no breakthrough. The match went to penalties and Roman made some superb saves and this led to Chris to take the penalty to send us to the final, which he managed to do.

The final took place at Washington Hub in front of a large crowd and the opposition were St Bede’s Peterlee. The team were superb in the first half, with Roman pulling off some great saves and Kyle, Charlie and Mason (2) getting the goals to go in at half time 4-0 up. St Bede’s came back into the game in the second half and scored two great goals, but St Joseph’s held on to win our first Year 7 County Cup in 10 years, with Leon getting MOM. This was the third time in our history with the first win being in 1989/90. Well done everyone. 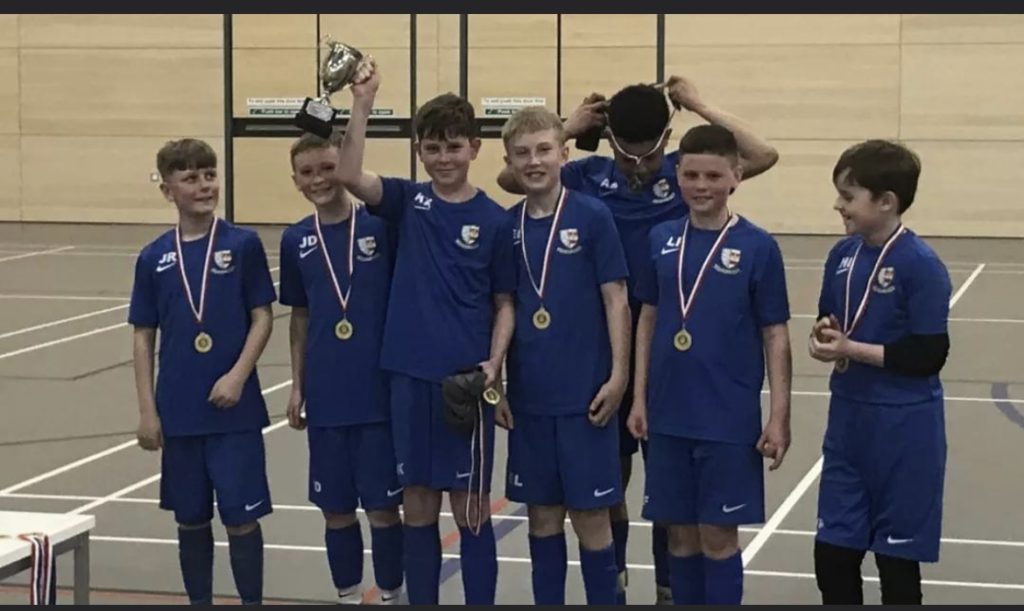 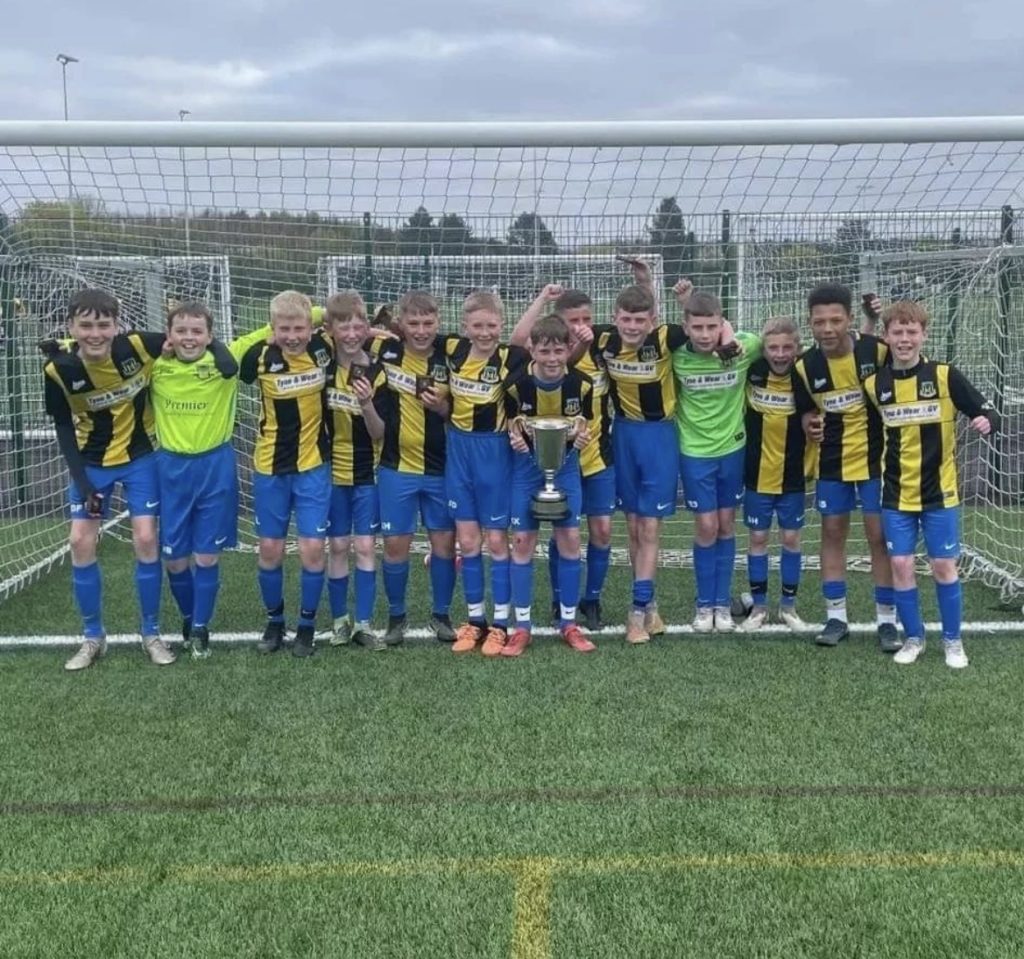 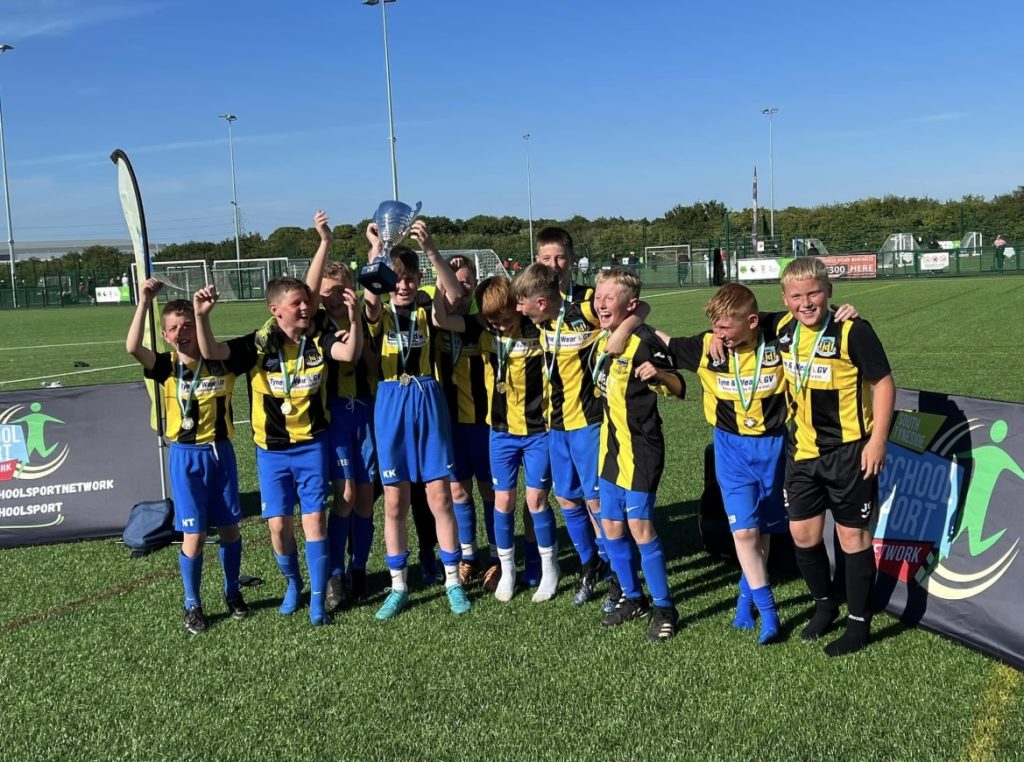