On Thursday, the Law Department was privileged to welcome the President of the Social Entitlement Chamber of Tribunals and Recorder, Judge John Aitken, and usher at Newcastle Crown Court, and former police officer of over 30 years, John Brown, to speak to the sixth form Law students about their varied experiences of the law and their own individual careers.

Mr. Brown began with a detailed explanation of how the court system works as well as explaining the rules of the Crown Court so that nobody falls foul of them during our visit there in the summer! He explained the role of all the people in the court and gave a number of personal anecdotes from his ten years at Newcastle Crown Court.

Judge Aitken explained how his career had taken a number of different paths since he grew up in Wallsend. He had joined the police force and intended to become a solicitor after studying at night school for his A Levels and then doing his Law degree but eventually became a barrister and started working his way through the ranks as a judge, ultimately leading him to his current post.

Judge Aitken also answered questions from students on some of the legal issues of today, including the recording of sentencing remarks in the Crown Court, the diversity of judges in the system and the impact of funding on justice.

Judge Aitken’s clear message for everyone was that anybody can become a judge and anybody can be a success in the legal field; you don’t have to be an Oxbridge scholar, or privately educated, persistence and hard work is the key. This was a valuable message taken away by all the students at the end of a very interesting session.

Mr. Mather, and all the students involved, would like to extend our gratitude to both Judge Aitken and Mr. Brown for their time in speaking to us and to Mr. Brown for his excellent organisation of the visit. 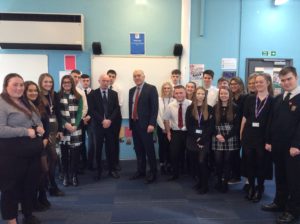 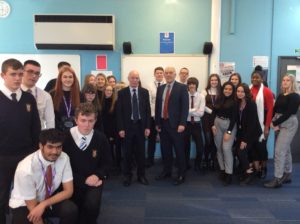